MY CAT VOMITS - FROM HAIRBALLS TO MORE COMPLEX CAUSES 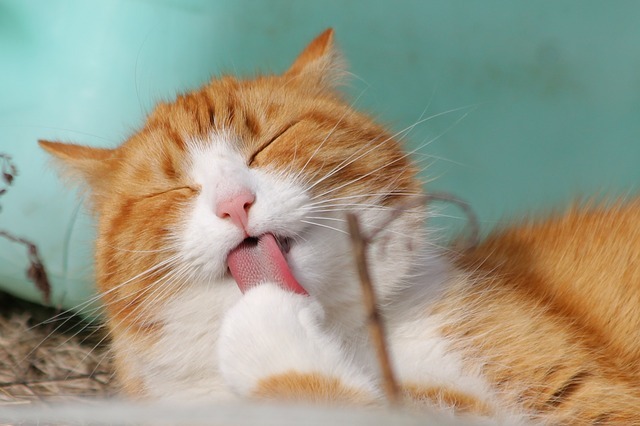 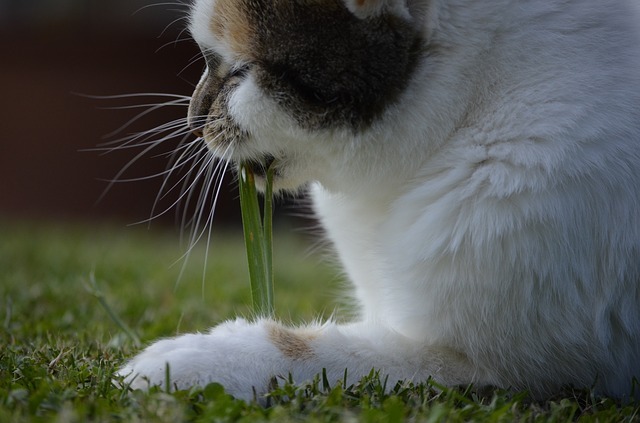 I work as a veterinarian at Kaarinan Eläinlääkäriasema Oy (Kaarina, Finland). In particular, I am interested in the internal diseases of cats and dogs, ie. vomiting, diarrhoea, and weight loss - sluggish and tired patients are a daily challenge for me. I specialize in extensive abdominal ultrasound examinations. My two Burmese cats are my daily guide to the interesting soul landscape of cats.

Vomiting is one of the most common symptoms in cats. A common symptom means that vomiting is a symptom of the entire body, and therefore there may be a number of different causes in the background. Sometimes it can be difficult for the owner to distinguish between coughing and vomiting. Indeed, coughing suggestive of respiratory disease can be misinterpreted as, for example, vomiting or trying to clear the throat from hair. Vomiting is defined as a reflex series in which the pumping motion of the abdominal muscles and diaphragm causes the contents of the stomach to be emptied by pressure. During coughing, on the other hand, the cat often stretches its neck long and "pushes" air or mucus out of the airways without pumping movement from the stomach or emptying the stomach contents into the mouth. It is also normal for cats to empty their stomach by vomiting due to undigested material such as feathers and bones of prey animals. In this case, the cat may aid in the vomiting reflex by eating grass, for example. But how do you know when vomiting is worrying?

All cat owners are familiar with the fact that cats groom their fur daily by licking and plucking it. In this case, it is normal that small amounts of hair end up in the stomach and intestines. In a balanced situation, the hair passes through with the stool, and only rarely does a cat have to vomit and empty the stomach of hairballs or suffer from constipation due to hair. The balance may be shaken if abnormal amounts of hair start to move into the intestine or because of a problem with the digestive tract and the hair does not pass through the intestine normally. Especially in long-haired cats, the amount of hair entering the intestine at the time of hair loss can increase significantly. Also certain hair types may result in continuously increasing amounts of hair entering the intestine. Skin problems or excessive grooming due to pain or behavioral disorders, may also increase the amount of hair entering the gut. It is therefore always important to consider whether there is a predisposing cause for hair vomiting that could be addressed and treated, rather than just treating the hairball vomiting symptomatically. However, if persistent episodes of excessive hair loss, vomiting, or constipation have not been shown to have a clear predisposing cause, or if the cause cannot be remedied, measures preventing the hair from accumulating in the cat's stomach and intestines should be taken. Increased drinking can promote normal hair passage through the digestive tract; for example, the cat may be offered tuna or honey flavored water, or the number of water bowls can be increased by placing them around the apartment if the cat likes to drink in unusual places. To improve bowel function, a high fibre diet is recommended. Choose high fibre food or introduce fibre supplements. Cat malt, paraffin oil or lactulose can be used for short periods or as a treatment when needed, as in continuous use they may interfere with normal gut function and food absorption. Regular grooming and finishing by wiping with eg. a damp cloth is recommended to remove small loose hairs from the fur, otherwise they may end up in the cat’s mouth.

Nausea, loss of appetite and vomiting can be caused by a variety of reasons that may not involve hairballs at all. Food allergy, inappropriate food or contaminated food can trigger symptoms. Many medicines, unsuitable plants or intake of other substances known to be toxic or harmful can also cause symptoms. The digestive tract may also have an internal parasitic infection, chronic inflammation, foreign objects or a tumor. Foreign objects, such as pieces of a plastic bag or soft parts from a toy, are likely to cause only temporary vomiting, but eating a cord or eating an ear plug can cause intestinal obstruction, which can have very serious consequences. Also many visceral diseases such as diabetes, hyperthyroidism, kidney, liver, biliary or pancreatic problems commonly lead to nausea, fasting and vomiting.  Only on rare occasions do dental diseases cause vomiting or loss of appetite in cats, even though a food dropping, drooling cat that has abandoned kibbles and switched to wet food alone, may seem to have something wrong in the mouth. In such cases the behaviour is commonly due to nausea, and the fact that wet food does not cause uncomfort and nausea in the same extent as dry food.

The age, lifestyle and history of your cat will help determine what causes may be more likely than others. For example internal infections, inappropriate food, foreign objects, and consumption of inappropriate matters are likely causes of symptoms in young cats. A young cat from a large cattery may have symptoms due to a parasitic infection, or may carry asymptomatic giardia, which may infect older cats in the family. An outdoor cat, and especially a predatory cat, is also more susceptible to internal infections or intoxication. An indoor cat that has lived alone or in the same herd for a long time without newcomers is highly unlikely to have an internal parasitic infection. In older cats, symptoms caused by endocrine disorders and tumors are much more common.

Duration and severity of symptoms

Symptoms can be acute, ie. lasting less than a week, or chronic with symptoms for weeks, months, or even years. The severity of the symptoms can range from a mild to a very serious collapse in the general condition, where the cat does not eat, is dehydrated, in pain and even feverish. Acute and rapidly transient symptoms of vomiting in an alert and pain free cat does not require immediate examination or treatment, but if eating does not return to normal within a few days, the vomiting is abrupt and the cat cannot hold his food, is in pain or very weak, it is good to seek medical advice immediately.  Most commonly, chronic wavy symptoms such as gradually creeping vomiting, on / off loss of appetite, and weight loss occur in chronic endocrine disorder, where examination and treatment is not acute. However, even in these cases, it is a good idea to consult a veterinarian in a timely manner, which often makes it much easier to treat the underlying cause or get it under control. Acute syndromes causing acute symptoms, on the other hand, are often severe and require immediate medical attention and treatment.

Reviewing the cat's history with the owner, reviewing the severity and duration of the symptoms, and a thorough veterinary examination are the most important steps for choosing the correct follow-up exam. Unnecessary tests are also avoided.  In acute cases with mild symptoms, dietary changes or symptomatic treatment may be recommended without an examination, as the underlying cause for symptoms is likely to be self-healing. Acute severe and chronic symptoms often require blood tests. Occasionally, urine and/or fecal samples are also advisable. For example, X-rays can assess the size and shape of organs and the possibility of a foreign object. Often a well-performed ultrasound examination is more informative for a vomiting cat than an X-ray. This enables an examination of the structure and shape of the internal organs, indicates the possibility of a tumor or degeneration in tissues, and show the thickness, structure and contents of the mucous membrane of the stomach and intestines, as well as possible obstructions and inflammation in the pancreas and bile ducts, bladder contents, or whether there may be free fluid in the abdomen or reactive lymph nodes. The aim is to combine the various exam results to find the cause of the symptoms and then discuss treatment options and prognosis with the owner.